When asked to bring an object or image that reminded him of play, Ciaran brought an Action Man to the session, which would act as his starting point for creating movement and contributing his ideas of play to the film. 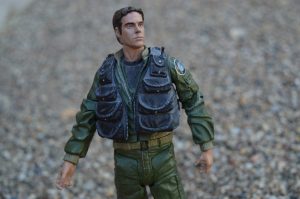 In what way did you bring memories and emotions of play in to the #TAG Improvising Generations film?

I couldn’t move my hands when I was little, but I enjoyed playing with the Action Man.

The reason I wanted to take part in the film is because I enjoy playing with things. The film reminds me of the Action Man now, how I hold the Action Man and how I used it when I was little.