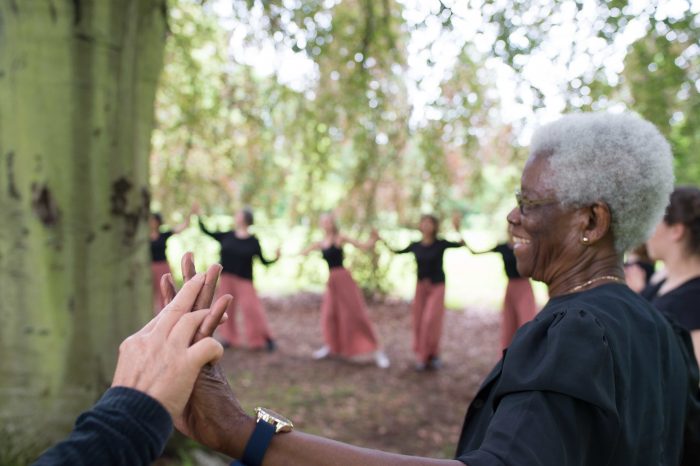 As BEEE Creative just passes it’s first year birthday as a registered CIC and prepares to close down for a summer break, I have had time to reflect back on the achievements of the last year.

With the support of an amazing range of practitioners and partners, BEEE Creative has continued to reach out to a variety of community groups ranging in age from 0 – 80+ years olds, delivering arts activities for more than 11,000 people as participants or audience members.

Under the artistic direction of makeAMPLIFY and supported by Arts Council England Grant for the Arts, we presented Performed Transformed in October 2017 at Stevenage Museum as part of the Museums at Night programme. This was a promenade performance around the museum incorporating dance, music and projection. With the receipt of a Heritage Lottery Fund grant, Museums in Motion has gone from strength to strength and has now been rolled out to 6 Hertfordshire Museums and includes a Young Leaders course as a pathway for young people to develop skills to a higher level. We look forward to seeing what their ideas might be for curating projects in the future.

A programme of activity targeted at 50+ year olds in Hertfordshire that incorporated a Festival, artist professional development and the commission of Togetherness, a dance and animation film produced by Mew Lab. I was proud to present the project as part of a panel talk at the People Dancing International Conference back in October 2017 and more recently on BBC 3 Counties Radio and then there was much excitement when Togetherness was selected for and premiered at the Edinburgh International Film Festival in June 2018. Now, with thanks to an Arts Council England Project Grant, the Dance Re:Ignite programme will continue to be developed over the next two years.

Fresh off the back of winning the One Dance UK Inspirational Work in Education Award in 2017, BEEE Creative supported the CDTA conference in March 2018 with workshops and talks by One Dance UK, Russell Maliphant Company and Stopgap Dance Company. Now it is full steam ahead planning the Hertfordshire Schools’ County Dance Festival at The Alban Arena in March 2019.

The weather, or the extremes of the weather, have featured highly in our projects this year, with a Museums in Motion launch cancelled in March due to heavy snow and melting in museums in last week’s heat. However, never have I analysed the weather forecasts as much as we did during the Improvising Generations project in May! It was a pleasure to be part of the consortium of Eastern region organisations supporting U. Dance 2018 in the East of England. The Hertfordshire linked event involved a cross-generational group for 13 – 80+ year olds creating a dance film in Highfield Park in St Albans that was screened at U.Dance and at an event in Trestle Arts Base. Throughout the filming in the park the forecast was for torrential rain and thunder storms but we were blessed and it all seemed to bypass us and great fun was had climbing trees, eating biscuits, oh and some dancing too!

Beyond these key events I have been privileged to work in partnership with Hertfordshire Music Service to explore youth dance opportunities in the county and delivered regular dance workshops for families and older adults at Royston Museum (for which we have just received a Big Lottery Fund Awards for All grant to develop into our A-MUSE project over the next year). Finally, not forgetting squeezing in the odd one off workshop, mentoring and lecturing!

A special thanks to all the artists that have made these projects happen and the team around me who’s help is invaluable.

Wishing everyone a wonderful summer and looking forward to a packed year ahead.